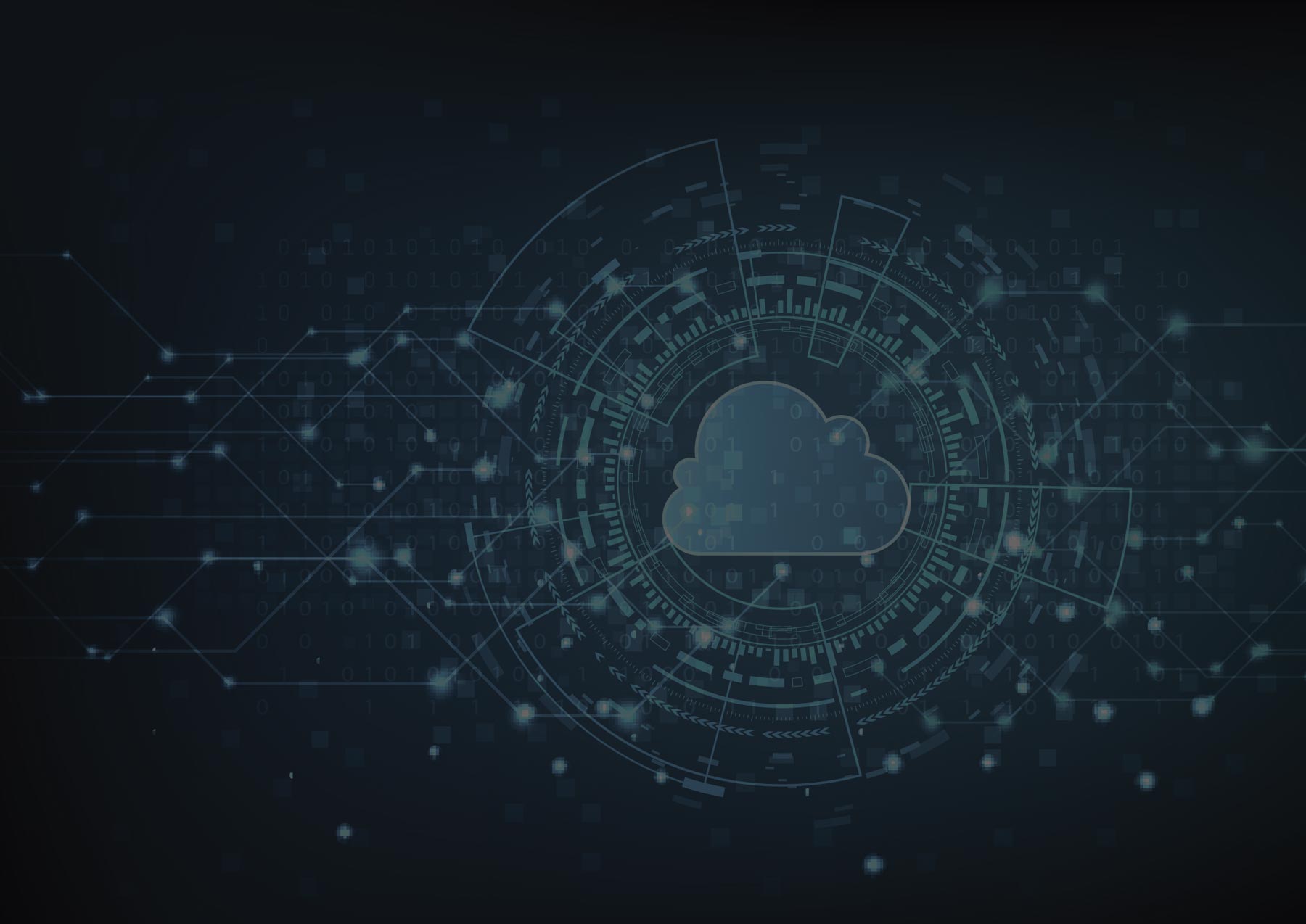 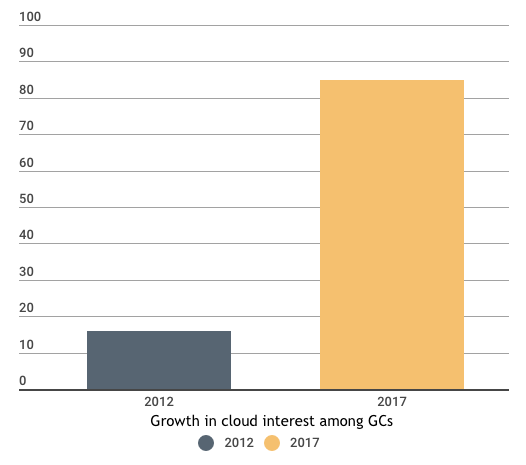 If you’re not using the cloud, you’re screwing up.

Cloud computing is the future of everything digital. Most everyone with a modern IT operation uses it.

Construction can clearly benefit from the tech, and its rate of adoption is soaring. In 2012, a Sage survey found 16% of contractors felt cloud computing was important to their business. Five years later, Sage ran a similar survey and found that 85% of contractors had already implemented or were planning on implementing cloud solutions.

Why the rapid growth?

Construction is notorious for being one of the least digitized industries in the world. But, to be fair to construction, the technology needed to truly take advantage of the industry's complex workflows and challenging environments hadn’t become mainstream until recently.

It’s only within the last few years that developers have made SaaS solutions to exploit the power and potential of cloud computing, mobile devices, and 4G wireless internet for the construction industry. Hence, the explosion of contractors in the cloud.

Cloud computing is the foundation of construction’s digital revolution. It underpins all the most powerful software solutions, and truly enables the industry to take advantage of the latest tech. If you haven’t moved to the cloud, now is the best time to figure out why and how you should. If you’re already in the cloud, this article will help you figure out if you’re making the most use of it.

I. What Is Cloud Computing?

II. What are the Benefits of Cloud Computing for Construction?

III. Are There Drawbacks to Cloud Computing for Construction?

V. What's the One Reason You Should Adopt a Cloud Platform?

What is cloud computing?

Before the internet was insanely fast and everywhere, processing happened locally on your computer and the data was stored on your hard drive, meaning you were constantly limited by your hardware. If you lacked the computing power to run a program, then you had to upgrade your computer. If you ran out of space on your hard drive, you had to delete files or buy an external drive.

Once broadband internet came into the picture, everything changed. The large bandwidth of high-speed internet meant data could be transferred hundreds of times faster; it also meant that your devices were always online. These two features created enormous opportunity. With machines connected 24/7 and time constraints for transferring data minimized, you could now use servers to store and process data over the internet, eliminating the dependence on your physical hardware.

Cloud computing is essentially outsourcing your data processing and storage to more powerful machines. Not only can you do more with less resources, you can do it from anywhere you have an internet connection. The cloud removes hardware limitations, prevents data loss, and improves accessibility.

What are the benefits of cloud computing for construction?

There are numerous construction-specific benefits to cloud computing, some of the most popular are:

Processing data in the cloud is the only practical way to get the most powerful insights available to construction. For instance, when drones fly over a construction site they are taking thousands of pictures with detailed GPS coordinates and metadata. To make use of these images they have to be stitched into an orthograph, something beyond the capabilities of a typical computer.

Before the cloud, the only way to really check on the status of a project was to go visit it in person, a task that takes hours out of the day. SaaS platforms can offer you a realtime view into your jobsite from anywhere in the world.

Every construction project has a large amount of stakeholders, and sharing data across all these parties is often exceedingly time consuming. Construction SaaS solutions make sharing simple by providing realtime communication and collaboration capabilities.

With all your data stored in the cloud, it makes it simple to take measurements or compare plans on any of your devices, from any location. The file size of just one point cloud for a project can be well over 10 GB. If you’re capturing regular aerial imagery, that means your point clouds alone could take up hundreds of GB on your device, well beyond the storage capacity of any phone. Without a SaaS solution, this kind of analysis is impossible.

Are there drawbacks to cloud computing for construction?

The advantages of cloud computing far outweigh any of the drawbacks, most of which are actually misconceptions:

It’s understandable to feel like relinquishing physical control of your data makes it less secure, especially given some of the high-profile data breaches that have happened. However, these hacks typically stem from human errors, not system failures. Storing data in the cloud increases security by eliminating physical theft, loss, or destruction of your data.

It's rare, but even the best servers go down. Fortunately, it’s temporary, and the outages typically do not last very long. Given the huge upsides to cloud computing, most business are fine with taking this minor inconvenience.

SaaS companies are aware that migrating your data can be a major headache, and most of them have created simple solutions. If this is one of your hesitations, you should also realize that eventually everyone in construction will be in the cloud. The sooner you do so, the better off you will be.

You can’t really call cloud solutions inexpensive, but they're certainly much cheaper than maintaining the equivalent physical hardware. Additionally, if you spend your time picking the right solution for your needs, it will more than pay for itself in increased revenue and productivity.

One of construction's biggest concerns about moving to a SaaS platform is what to do when you don’t have an internet connection. Most software has a solution to this problem by either letting you download the files you need to work offline, or creating an offline mode that automatically uploads your data once you have internet. Additionally, as mobile networks continue expanding, areas without internet coverage are diminishing rapidly.

IaaS vs. PaaS vs. SaaS

There are three main categories of cloud computing:

- Infrastructure as a Service (IaaS)

- Platform as a Service (PaaS)

- Software as a Service (SaaS).

The first two are large-scale solutions for your IT operations; they have to do with how your entire office is networked. The last one, SaaS, is the simplest way to get the most benefit from cloud computing with minimal investment.

A large number of SaaS solutions focus on the construction industry, including providers like Plangrid, Procore, Unearth, and HCSS. You can learn more about a few of the best options in our article on the top 5 construction software platforms.

In short, there are SaaS offerings for almost every construction task, some of the most popular areas being daily reports, plan management, and project management. That being said, you don’t want to be using 5 different SaaS solutions to solve your issues; you’ll likely end up with more problems than you started with.

You want to find something that saves you time and money. If you're interested in the particulars of choosing software, you should check out our guide on the topic.

What’s the One Reason You Should Adopt a Cloud Platform?

Cloud computing offers construction numerous benefits, but if there's one resounding reason to adopt a cloud platform, it's that it covers your ass. Disputes are one of the biggest financial drains on contractors, and most of them arise because there isn’t enough evidence for a clear conclusion. But, when you adopt a SaaS platform that automatically stores and organizes your site activity for you, disputes can become a thing of the past.

For instance, Unearth had a customer that was contracted by a city to excavate a storm water dam. Not wanting to hire a new survey crew, the city took bids based on a survey from the 1970s. During the course of excavation, the contractor quickly realized they were excavating far more dirt than planned and filed a change order. Work continued and the city agreed to address the order later, while the contractor kept tickets for the number of trucks leaving the site. After project completion, the city disputed his claim that more earth had been moved, stating that they felt the GC was half filling trucks to get more money.

Having used Unearth to regularly capture aerial images of the site, the contractor could easily produce detailed aerial maps of his site from every month of the project. These images provided photographic evidence of full trucks leaving the site, as well as accurate volumetric measurements of the area that had been excavated. With clear evidence in hand, the city was happy to pay the GC the full amount he was owed and avoid litigation altogether.

Without using a SaaS solution for progress documentation, this contractor would have spent months and tens of thousands of dollars fighting a dispute where he knew he was in the right. The cost savings on this instance alone were enough to warrant ensuring all of his projects were in the cloud.

What can cloud software do for your construction company?

Skip the hours spent searching for files and squinting at spreadsheets, and discover a more intuitive way to document your project update stakeholders.

Use satellite imagery as a base layer before pinning a plan to its real-world location, geo-locating thousands of photos, and viewing the status of field work - inspections or permitting, for instance - in real-time. For even more context, geo-reference your 360 photos, BIM models, and drone imagery.

For a deep dive on cloud software, check out Unearth's white papers below

52% of rework is caused by poor data and miscommunication between stakeholders - costing $31.3 billion in the United States alone. With effective digital data management, these massive losses are preventable.

Inefficient processes are at the core of these unproductive expenditures. Digital data management offers a powerful solution.

The most expensive part of any GIS project is often field data collection: a process that is frustrating, inefficient, and complex. By enabling data capture, transfer, and storage from a single device, cloud-based geospatial software is the ideal solution.