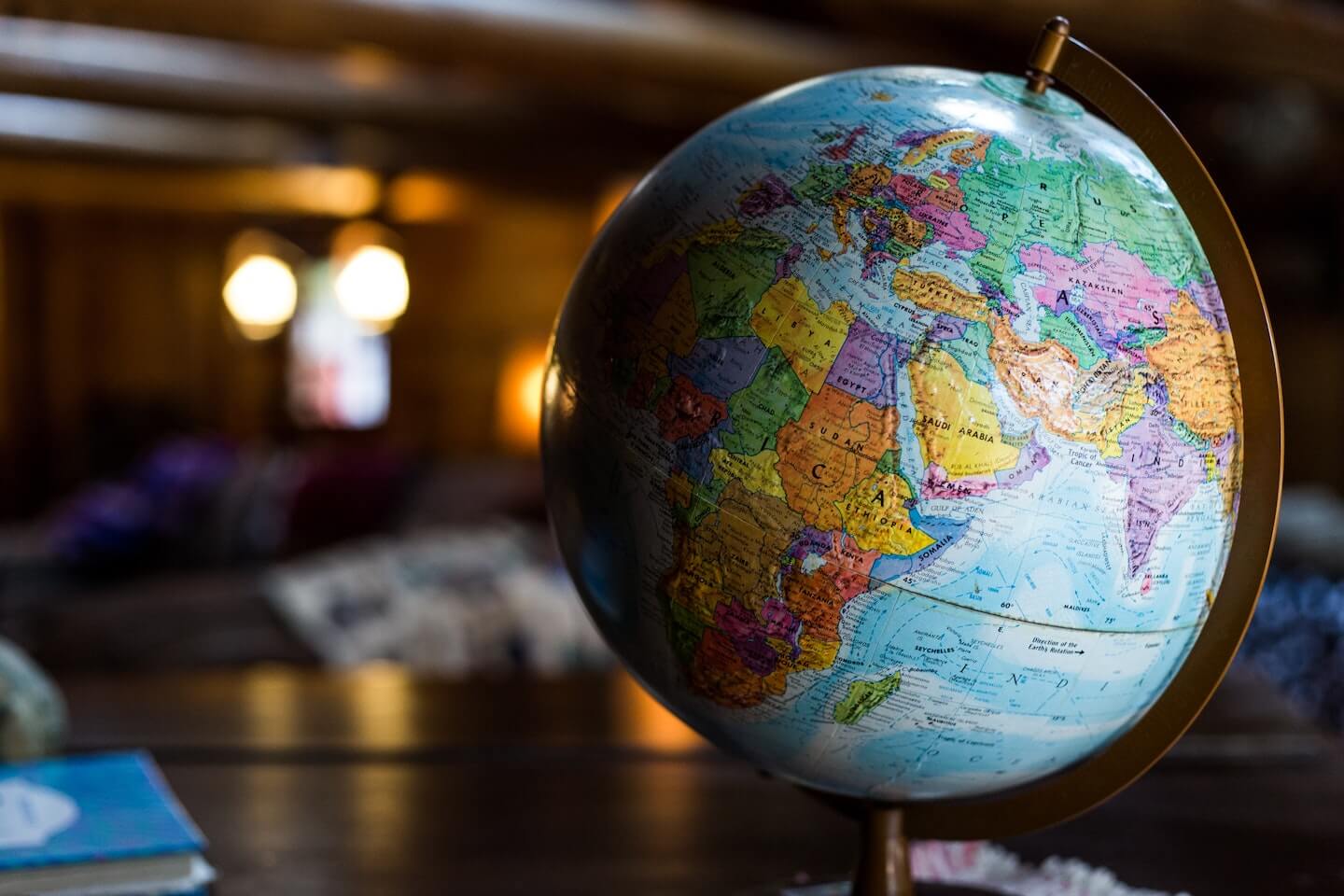 Table of Contents
Featured
History of Maps | From Ancient Maps to GIS
Making Maps 101 - Layout, elements, and design
7 Online Map Makers That Will Simplify Your Life in 2022
Share blog 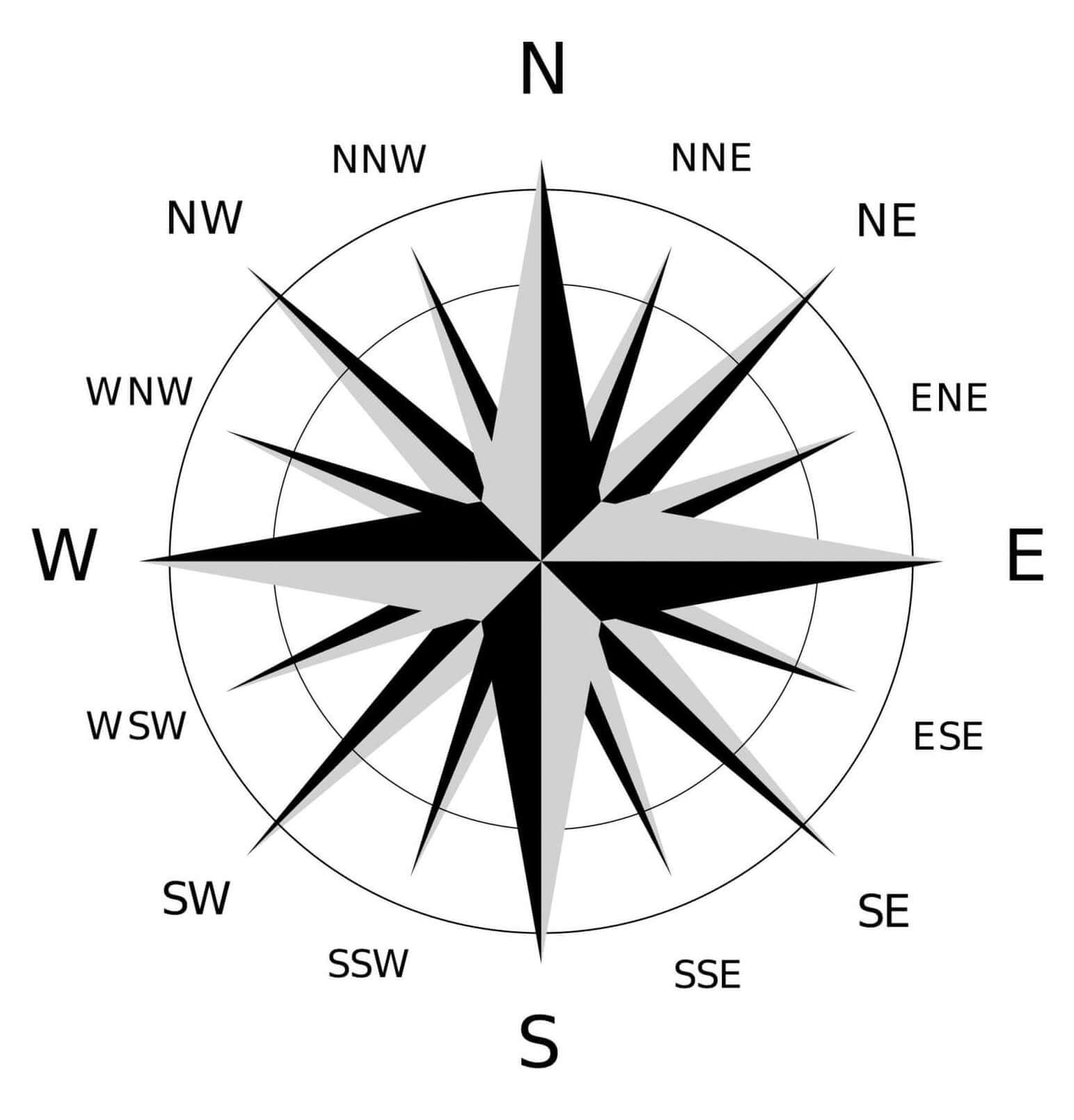 For centuries, cartography has helped map our changing world.

As technology evolves, so do our cartographic capabilities. We can map our city, country, planet, and to an extent - even our universe.

Geographic information systems (GIS), the ultimate culmination of cartography and modern technology, allows us to map our world like never before: from rendering 3D oceanic basemaps to finding the nearest dry cleaner.

The technology itself is undeniably impressive and cartography is its foundation.

Looking to get started in cartography? Check out our guide to the best mapping software.

Featured
History of Maps | From Ancient Maps to GIS
Making Maps 101 - Layout, elements, and design
7 Online Map Makers That Will Simplify Your Life in 2022

I. What is cartography?

II. A brief history of cartography

Cartography is the method through which maps are studied, created and designed. A confluence between practice, science, and art, cartography guides the principles and practical standards behind maps and map making.

With overlap between geography, earth science, topology, and even politics, cartography is a highly intersectional discipline. Despite this, it does have one centering idea: location.

Cartography helps us understand our place in the world, analyze positional relationships, and reflect on geography's effect on our daily lives.

Throughout history, maps have been used to reflect current events, manipulate politics and trade, and even illustrate religious beliefs.

With each passing year, cartography iterates and expands, entering modern times in the form of advanced geospatial technologies. That said, it started as something much simpler.

Below we’ll dive into cartography’s early years, exploring progression through the ages.

A Brief History of Cartography

Map making dates back centuries, even millennia. The oldest maps are cave wall paintings and stone tablets, and it took hundreds of years to produce a navigable (though still distorted) projection of the world.

No matter the format, the history of our world's maps is utterly fascinating.

The oldest known map in the world is dated back to 7th millennium BC.

Thought to depict the details and location of Anatolian city Çatalhöyük, this ancient map was found painted on a cave wall. Showing a volcano and 80 buildings, it's 9ft wide and believed by some to be a town plan.

It should be noted that there are different interpretations of these drawings. Some believe the "mountain" is actually a leopard skin and the squares are an artful geometric design. Without additional evidence, it's nearly impossible to make a hard claim one way or the other.

Either way, this drawing exemplifies the lack of clarity in many cartographic representations. Even if it is a map, the overall fidelity is clearly low.

The rise of higher fidelity mapmaking is often attributed to Greek academics and philosophers.

Greek philosopher Anaximander is believed to have created the first published world map. That map has long since been lost, but reproductions have been made based on descriptions from secondary sources.

It’s clear that the accuracy of this map was limited. That said, it was one of the first known attempts at accurately depicting the world as a whole.

Ptolemy, another Greek, fathered the field of geography completely on accident.

A multi-talented academic, with contributions to astrology, astronomy, and mathematics, Ptolemy was obsessed with the idea of creating accurate horoscopes. In pursuit of this goal, he devised a system of lines - latitude and longitudes - over which he plotted 10,000 birth locations.

This effort inadvertently laid the foundation of cartography as it’s known today.

The Age of Exploration

The Age of Exploration began in the 15th century, triggered in part by incredible inventions like the telescope, compass, and the sextant.

This drive to explore ignited demand for increasingly detailed and accurate world maps.

This era is summarized perfectly by Time magazine:

“By the mid sixteenth century, what everyone needed was a flat map allowing seaborne navigators to plot long distances using a straight line that took into account the curvature of the earth’s surface.”

This demand prompted European cartographers to conduct extensive land surveys, explore uncharted areas, and create the most detailed maps seen to date. It was during this era that the now famous Mercator projection was created.

Maps evolved significantly with the rise of geospatial technology: breaking new ground with the advent of Google Earth.

Zhou Qiming, a professor and director of the Centre for Geo-Computation Studies at Hong Kong Baptist University, speaks to this new age perfectly:

"We're… (finding) ways of presenting geospatial locations that aren't maps in the traditional sense, but rather map-like visualizations. Maps are getting smarter, and showing us the world under different parameters."

Past cartography tools include compasses, mylar sheeting, planimeters, and dividers - all of which are used to create analog maps. As digital mapping has become more popular, modern cartography tools have changed significantly.

Today’s cartography tools have taken mapmaking to new heights, mostly in terms of detail and accuracy, but sometimes quite literally.

Mapmaking can employ a huge variety of methods and tools. Here we'll cover a few of the most common tools: aerial photography, sensors, GPS, satellites, and GIS.

Folks have been trying to get cameras into the sky for as long as those same cameras have existed. Early attempts at aerial photography included balloons, kites, and even rockets.

In 1860, the oldest surviving aerial photograph was taken by James Wallace Black, tethered in a hot air balloon 2,000ft above Boston.

Read more about the fascinating history of aerial photography here.

Though drones are still fairly expensive, the barrier to entry is low enough that organizations and even most individuals can participate.

Sensors detect events, changes, and physical characteristics of a given area by transforming stimuli (sound, light, heat, or motion) into electrical signals.

Those signals are collected and then transmitted to another device, usually a computer. Put simply, sensors collect data about the Earth's surface.

Examples of sensors include:

In terms of modern cartography, sensors contribute to the design and creation of detailed, high-fidelity maps.

Because sensors can detect and log huge quantities of accurate data regularly, they are often used in change detection projects. Essentially, creating one map of an area, waiting for a specified amount of time, creating another, and then comparing for discrepancies.

The Global Positioning System (GPS) is a series of over 24 satellites that orbit Earth regularly, each transmitting a unique signal.

Primarily used for navigation in aircrafts, cars, boats, and mobile phones, GPS is also the primary tool for land surveying.

Digital cartography has enabled the ubiquity of GPS systems. Users can employ GPS to track everyday trends like traffic, mark coordinates for landmarks, chart a path from one location to another, and find their own location within a map.

Satellites serve a variety of purposes — from spying on foreign adversaries, to tracking weather and improving cell service, or as mentioned above - enabling the GPS network.

Think about modern applications like Google Earth or cloud GIS tools. These all rely on satellites for accurate geospatial data.

Satellites have increased the speed and range at which mappable information can be collected. Surveys that once took months can now be done in minutes.

By continually capturing footage of the Earth’s surface, satellites have enabled the creation of thousands, if not millions, of maps - used in agriculture, forestry, utilities, earth sciences, regional planning, and much more.

Sensors, GPS, and satellites are methods through which to collect data.

These devices are quite advanced. However, as a general rule they lack the ability to display, organize, and manage the data they collect.

Legacy GIS platforms, originating in the 1980’s, provide tools for high-level scientific analysis and data visualization. These programs are most often desktop based and require local installation - though some do offer mobile applications.

In the last decade, cloud GIS systems have started to become more prevalent. Cloud GIS systems don’t offer the same level of deep scientific analysis; however, they are significantly more mobile friendly - enabling users to take GIS with them wherever they go.

See how GIS has transformed key industries in our blogs on utilities, oil & gas, construction, urban planning, and telecom.

Most people interact with the products of modern cartography on a daily basis.

Consider the many apps in your phone. How many of them rely on location-based services? Navigation apps like Google Maps and Waze, ride services like Uber or Lyft, and food delivery apps like DoorDash all have some kind of mapping component.

That said, modern cartography goes far beyond simply finding your location on a map. Location intelligence, 3D modeling, and real-time map creation are all based in the application of modern cartographic tools.

Location intelligence emerged from the foundation of GIS, and is used to help organizations and corporations understand positional data.

LiDAR, one of the modern cartography tools mentioned above, is integral to creating 3D maps and models. LiDAR relies on laser light to measure distance.

A laser pulse is released, travels outward, hits an object, and then bounces back. Similar to sonar, distance is measured by how long the pulses take to return.

Consisting of millions of individual points, point clouds are basically highly-detailed 3D maps. The sheer number of data points means that LiDAR scans can create 3D maps of everything from a bustling metropolis to the Grand Canyon.

Read more about LiDAR here in our comprehensive guide to GIS data types.

In contrast to locally installed software, cloud-based GIS platforms can be accessed via any web browser. This means any device connected to the internet can be used to view and interact with a given program.

Real-time digital mapping enables an incredible amount of activities - from tracking utility inspections, to watching as your Uber driver approaches the pick-up spot.

Aside from the awesome number of applications, real-time mapping stands as perhaps the starkest indicator of how far cartography has come. From the earliest cave drawings to creating live maps to suit almost any purpose, the technological advances are truly astounding.

Cartography is a rich subject with deep historical roots.

Modern cartography stands on a foundation that dates back millennia, and it continues to grow and evolve with each passing year.

With data from drones, satellites, and sensors, plus the robust capabilities of GIS mapping software - the future of cartography promises to be bright.

Want to try modern mapmaking for yourself?

Learn the fundamentals of mapmaking in our blog on map elements, layout, and design.

And find the right online map maker for you with our guide to simple mapping software.

Have data that needs to be mapped right away?

Do you have spreadsheets? A folder full of photos? Other documents? Launch your 30-day free trial of Unearth's OnePlace by pinning this data to a map.

Cloud-based and mobile-friendly, OnePlace is a simple, yet powerful platform for anyone creating maps or capturing information in the field.

Whether for a hobby or your work, OnePlace features intuitive mapping tools, multi-layered maps, basic forms, and even real-time communication.

Use satellite imagery as a starting point before overlaying shapes, drawings, measurements, asset information, and field data. Unlimited cloud storage and offline mode ensures you can quick capture and geotag as many photos, video, and audio as you need, wherever you are, on any device.‍