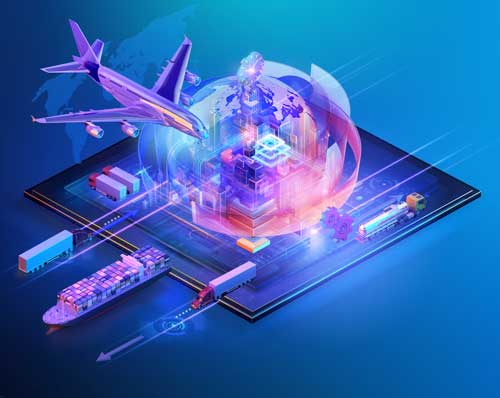 In a 2018 survey of senior IT, 66% reported a software supply chain attack. In fact, the high-profile WannaCry and NotPetya hacks - which affected 25% of utility professionals - are both attributed to supply chain vulnerabilities.

The average cost of such an attack: $1.1 million. Though the federal government is mobilizing in response to this growing threat, utilities must work to secure the software supply chain on their own behalf. Complying with federal standards, like NERC’s CIP-013, isn’t enough.

To face the next wave of cybercrime, utilities must…

The software supply chain is vulnerable, and utilities must take the lead in securing it.

I. The Software Supply Chain is Vulnerable

The Software Supply Chain is Vulnerable

In the past, cybercriminals would search for software vulnerabilities and then strike before the issue could be patched. Now, frustrated by improved cybersecurity, hackers are directing efforts upstream - targeting software’s fundamental building blocks.

This is the danger presented by open-source and third-party software.

To save time and expense, developers draw on open-source components as they develop complex programs. Proprietary components, exclusive to a vendor, are a small percentage of the end product. In fact, 90% of components in completed software are open source.

In other words, the majority of a product came from someone else. Yet, organizations often don’t have access to a list of these components: limiting their understanding of what is (and isn’t) supported by third parties.

Cybercriminals actively seek out these vulnerabilities in order to insert malware into the pipeline.

4 Vulnerabilities in the Software Supply Chain

Cybercriminals may launch an assault at any stage in the software supply chain.

The Cybersecurity and Infrastructure Security Agency (CISA) has identified four areas where security is a concern:

4. Transmission of updates and patches

These cyber threats aren’t theoretical. The slew of recent high-profile attacks has prompted utilities and the federal government to make cybersecurity a priority.

Hackers used an HVAC vendor’s credentials to break into Target’s network and access customer data, including bank, credit card, and other personal information.

Equifax didn’t patch a known vulnerability in its system and hackers gained access to personal information, including Social Security numbers, for 147 million consumers (56% of Americans). Equifax paid $700 million in a settlement.

CCleaner is a program that deletes unnecessary and malicious files from a computer, cleaning up the device. However, hackers planted malware into free versions of the software, likely affecting over 2 million users.

Hackers gained access to millions of customers’ data, including credit card information, through a compromised chatbot on Delta’s website. The AI company behind the chatbot hadn’t implemented adequate cybersecurity.

NotPetya disrupted systems globally by targeting Microsoft Windows machines, shutting down systems or installing ransomware. It used the EternalBlue exploit, among other vulnerabilities.

Hackers compromised SolarWinds, an IT software company, and added malware to an update installed by 18,000 customers, including the Department of Energy, Microsoft, and Cisco.

Despite these troubling trends, many IT professionals aren’t taking sufficient action to secure their organizations.

Though 90% recognized they were at risk of a supply chain attack, only one third of the IT professionals actually vet software suppliers.

The Ponemon Institute, in a 2018 study on data risk from third parties, highlights a similar disconnect between awareness of third-party threats and tangible remediation of the problem.

59% of IT practitioners confirmed their organizations experienced a data breach through one of their third parties, while 76% observe cybersecurity incidents from vendors is increasing.

For many high-profile supply chain attacks and vulnerabilities, the solution is prompt detection and remediation. Often, this involves a quick software patch or update.

When a weakness is discovered, a race begins between cybercriminals and security experts. Developers must generate a solution and IT must install the patch - shoring up the system before a hacker gets in.

However, according to a 2020 report by Sonatype, 48% of developers became aware of open-source vulnerabilities within a week’s time, and 51% required more than a week to respond.

If a cybercriminal can exploit a zero-day vulnerability in 3 days, they have an edge over the majority of their targets.

Securing a system depends on third-party developers and in-house IT, but the response times for both are concerning.

You can’t respond to a vulnerability or breach if you don’t know it exists, and organizations depend on vendors or third parties to develop patches. That said, only 29% of IT professionals say that they’d be contacted by a third party if a data breach occurred.

Unfortunately, it’s dangerous to trust that vendors will self-police.

In a 2020 webinar, Tobias Whitney of Fortress Information Security observed that among the 150 most common vendors and suppliers to the Bulk Electric System:

Utilities need comprehensive cybersecurity solutions and pursuing a Software Bill of Materials (SBOM) with vendors is an important first step.

What is an SBOM?

A Software Bill of Materials details key information for each software component within a platform, including:

Dr. Allan Friedman, who leads the Cybersecurity Initiatives at the National Telecommunications and Information Administration (NTIA), compares an SBOM to the nutrition facts and ingredients on a food label.

With an SBOM, you can see what’s actually entering your system.

SBOMs offer a variety of benefits:

‍According to the NTIA, an SBOM can “save hundreds of hours in the risk analysis, vulnerability management, and remediation processes.”

SBOMs can have multiple levels of visibility.

For instance, a first-level SBOM may be more realistic initially: detailing every software component, without requiring documentation on the foundational pieces creating those components.

Tom Alrich, a proponent of SBOMs in cyber supply chain risk management, argues that a first or second-level SBOM should be sufficient for cybersecurity, at least initially.

If you would like to learn more about SBOMs, NTIA is a leader in the energy sector’s adoption of SBOMs and an excellent resource.

The MITRE Organization, supported by CISA, provides a database of CVEs. A CVE is a record of a specific software vulnerability. For example, each of the Ripple20 vulnerabilities has a corresponding CVE.

Another tool for identifying vulnerabilities in your software is NIST’s National Vulnerability Database.

You can scan your software with Nessus, which will help identify vulnerabilities.

Though C-SCRM is now a NERC requirement for moderate and high-impact bulk electric cyber systems (BCS), a robust C-SCRM shouldn’t be exclusive to BCS. After all, every organization faces threats to the cyber supply chain.

C-SCRM applies these concepts to the cyber supply chain and can be distilled into five practical steps.

1. Know your software and vendors

As you develop a C-SCRM, it’s important to remember a common adage among cybersecurity experts: you can’t protect what you can’t see.

A thorough audit may be necessary to identify all the software, firmware, and hardware across your organization in both IT and OT. You can then compile a list of your vendors and other relevant third parties.

If you don’t identify these assets, you can be confident cybercriminals will.

A good first step, once you’ve completed an audit, is to request an SBOM for your software. Even though an SBOM isn’t yet required, many vendors understand that they likely soon will be.

With SBOMs, you can then search for known vulnerabilities, determine whether you’re using unsupported software, and map out the lifecycle and ownership of each software component.

With the vast size and scope of critical infrastructure networks, addressing each and every risk is unrealistic. That’s why assessing and ranking those risks is vital.

Where can a cybercriminal cause the greatest damage? Focus your efforts there first.

Not all zones in a network are created equal, and not all software has the same permissions or capabilities. Knowing this hierarchy will help you direct resources where they’re most needed.

After asking these questions, you may decide to limit the access of some software. Either way, it’s wise to watch for unusual activity.

Even though vendors aren’t directly managing critical infrastructure, you should hold their cybersecurity to the same high standard as your own.

But as cybercriminals become more sophisticated, many organizations are embracing a more rigorous Zero Trust Architecture, which assumes a breach has already occurred and carefully monitors all traffic within the networks.

As you assess current or potential vendors, take steps to understand their cybersecurity by providing vendors with a questionnaire and negotiating security requirements in your contract.

If you’re unsure what to ask of your vendors, CISA provides a thorough template.

4. Partner with vendors to develop cybersecurity policies and protocols

According to Utility Dive’s 2021 State of the Electric Utility (SEU) Survey Report, only 55% of electric utility professionals have systematic and prompt patching of their systems.

On the development side, only 73% of known vulnerabilities are closed or remediated.

To secure the supply chain, software procurement can’t be a single exchange. You’re not buying software; you’re buying into a relationship that’ll continue as long as you’re using their products.

According to a 2021 Ponemon Institute survey of IT professionals...

Collaborating with your vendors goes a long way, but don’t neglect industry partners, other sectors, and the federal government.

When cybercriminals attacked the Colonial Pipeline, Colonial didn’t contact the Cybersecurity and Infrastructure Security Agency (CISA). Instead, Colonial informed the FBI, who then reached out to CISA.

Critical infrastructure providers must share information on attacks and vulnerabilities for the sake of network and asset integrity. It’s a joint effort, and everyone needs to be onboard.

While past efforts at transparency have been plagued by distrust, the million-dollar price tag of an attack should outweigh any doubts. Effective supply chain risk management can’t exist in isolation, and utilities can spearhead information sharing.

As utilities adopt smart technology and IoT, the industry is trending toward more vendors along with greater software complexity. This entails more open-source and third-party components.

The federal government is expanding its role in regulating cybersecurity for critical infrastructure, but utilities can’t wait.

After all, federal regulation, like NERC’s CIP-013 and Biden’s executive order on cybersecurity, came after high-profile attacks.

Though not a result of a cybercrime, the power grid failure in Texas illustrates the vital role utilities - water, electricity, gas - play in a functioning society. At least 111 people died during the winter storm, a majority due to hyperthermia. They were unable to heat their homes.

Utilities can’t wait until after an attack to save lives.

Utilities are at an inflection point

Explore the top 8 risks utilities are facing - including cybersecurity - by clicking on the links below: