What is Google Earth? 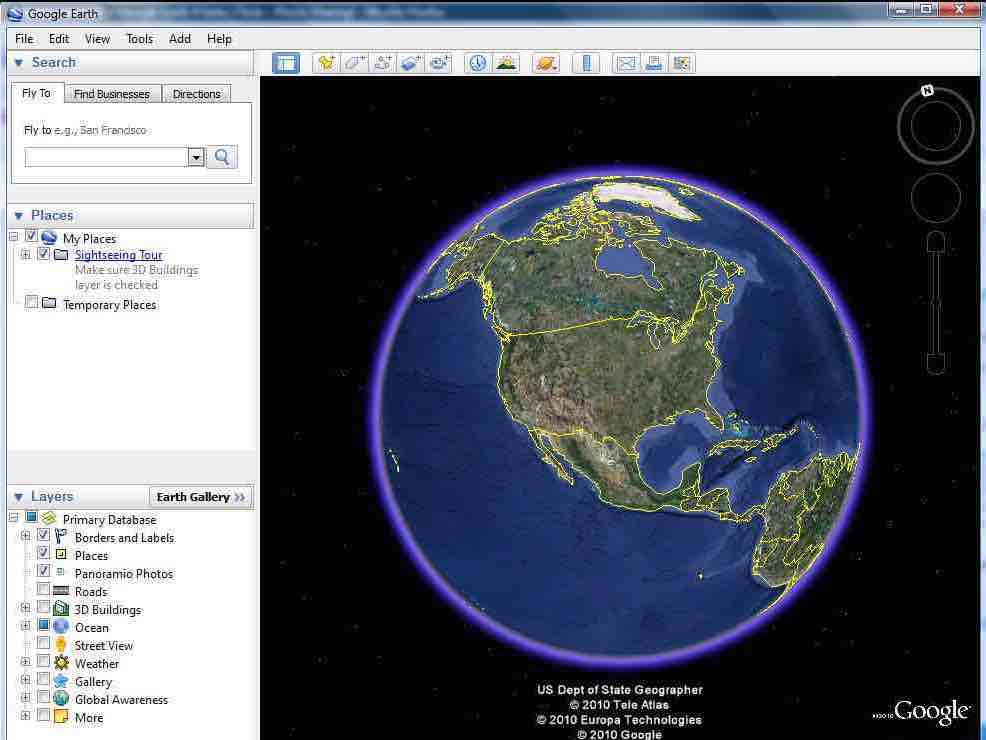 Google Earth is arguably the most well-known and widely used geographic information system (GIS) software available. It enables individuals to create, store, view, and interact with data as it relates to location. With its multipurpose design and expansive toolset, the software targets a diverse user-base spanning education, government, real estate, media, insurance, and construction, as well as a loyal set of private consumers.

Originally known as Keyhole, the product was renamed Google Earth after the start-up was purchased by Google. Prior to acquisition, Keyhole had received significant funding from the CIA’s venture capital branch, In-Q-Tel.

Since then, it’s undergone several iterations with varying feature sets.

From the perspective of its loyal user-base, Google Earth's history has been tumultuous, and ultimately disappointing. Many long-time users feel Google abandoned the features that made it so powerful for research and learning: focusing on a more casual audience.

So, what happened to the first product to put the power of GIS mapping into the hands of consumers?

Thanks to the Google Earth Blog, a site with almost daily postings about the product, we can trace the history of the software, what ultimately led to its demise, and what the future looks like for those who feel they’ve been abandoned.

I. What is the Story Behind Google Earth?

II. What Google Earth Products Were Available at Launch?

III. How Did Google Earth Evolve?

IV. Where is Google Earth Now?

V. So, What Happened?

What is the Story Behind Google Earth?

John Hanke, Brian McClendon, and a small team of engineers founded Keyhole in January 2001 with the goal of merging “vectors, images, and POIs into a single, seamless dataset to create the ultimate geographic reference platform.” They succeeded. Using their backgrounds in internet and 3D graphics, the team created a revolutionary framework for delivering terabytes of data within a 3D model of the planet.

Keyhole’s product, EarthViewer, quickly succeeded. By 2003, the CIA’s strategic investment branch In-Q-Tel announced an investment in the company based on the software's ability "radically enhance critical decision making." They quickly put it to use monitoring military operations in Iraq after Operation Iraqi Freedom.

Shortly after In-Q-Tel’s investment, Google announced their acquisition of Keyhole for an undisclosed amount. The search giant stated that the product’s rich database of roads, business, and points of interests, as well as their unique 3D interface, motivated the purchase.

What Google Earth Products Were Available at Launch?

After Google acquired Keyhole, they launched with four products.

A free product targeted at users who only wanted to explore imagery stored in the GE database.

For the more advanced user, the plus version allowed users to add their own data. It was discontinued in 2008, when most of its features were rolled into the free version.

A fully customized solution for large-scale businesses that require geo-spatial data in their day-to-day operations.

How Did Google Earth Evolve?

The first major update to Google Earth since the company purchased Keyhole, V4 offered a cleaner user interface, updated 3D modeling capabilities, and a new time animation feature for showing historical data, as well as a host of smaller features.

Google Earth’s 5th version saw three major announcements: expanded historical imagery visualizations, the ability to explore the ocean, and a new recording feature that allowed you to capture and share a “tour” of locations in the software.

With the release of Google Earth 6, the company announced several new and improved features. The most promoted were a smoother StreetView integration, the addition of 3D modeling for trees, and a smoother update to their historical imaging.

The 7th version of Google Earth, and the final major update before the company made all editions free, saw the release of new 3D imagery and a tour guide feature that would take users through famous landmarks.

A post on the Google Earth Blog reflects the growing concerns of the community: there have been no major feature updates since V5, developer support has declined, marketing activities have slowed, and user support has dwindled. The consensus seems to be that the company is turning to focus on Google Maps instead of Earth.

On the heels of growing concerns from the Google Earth user base, Google announced Google Earth Pro would now be free. While increasing access to the software was seen as positive, most people interpreted this as a sign that Google would no longer be providing much support.

Google announced the deprecation of Google Earth Enterprise shortly after revealing that Google Earth would be made free. At the time it came as a surprise. In a 2017 interview a GEE engineer, Avnish Bhatnagar, stated, "GEE has always been a very niche product, focused on a very important user base, but percentage-wise, a very small one… the adoption rate was much, much lower than what Google likes to see for its products."

After deprecating Google Earth Enterprise, the company announced they would provide support for the product for two years. As the end of this period neared, there was enough continued interest in the software that Google decided to make it open source. Simultaneously they made a big push to get their GEE customers to host their instance of GEE on the Google Cloud Platform.

Google put a lot of publicity into announcing Google Earth 9 (Named 9 not 8 because it’s a closer relative to Google Earth 8 for Android than Google Earth 7 for desktop.) The biggest change was the move to a browser-based app instead of desktop software. Most long-time Google Earth Users, expressed disappointment that the version removed many of the features they felt made the software useful.

Where is Google Earth Now?

From a product perspective, there are essentially three Google Earth products currently available, two of which Google actively supports.

...in recent years, Google Earth development languished. Staff was reduced, and during the last three years all of the top staff who were involved with its original creation have left... I realize all too well that many of the people who were die-hard fans of Google Earth 10 years ago, are no longer the fans of the product they once were…

I have tried extremely hard to keep Google supporting Google Earth and its fans over the years. In a rare occurrence in my life: I give up. - Frank Taylor

The above timeline gives a solid overview of Google Earth’s evolution, but it only skims the surface of the product’s history. What it doesn’t cover is the overlapping, and sometimes competing, development of the Google Maps product - and the development of Google’s Geo Division as a whole.

While the purpose behind Google’s Geo division isn’t publicized, by piecing together information from interviews with team members, we can paint a picture of its ultimate goal.

Rather than producing a GIS Software or web-based mapping application, it seems they are trying to accomplish something much larger: organizing all of the world’s physical information.

Google has always been in the data business.

Using Google Maps as a base, Google can create a framework to index the physical world in the same way it indexed the World Wide Web. Within this larger context, it's clear that the Keyhole acquisition was primarily for technology that organized and rendered satellite imagery at scale.

While Google did probably think there was potential in Google Earth as a paid GIS software product, this effort was most likely a bonus that came along with acquiring the Keyhole codebase. Once it became clear that the returns on the Google Earth product wouldn’t be high enough to make it worthwhile, they felt comfortable abandoning development: giving the product away for free to focus on the larger goal.

Essentially Google Earth was an opportunistic spin-off of a larger project. It never received the support the community wanted because it wasn’t profitable enough.

The answer depends on what you're looking to do. If you're just looking to explore interactive photos of the Earth, then Google Earth 9 is an excellent product. But, if you’re interested in using Google Earth to organize and analyze information as it relates to its location, then you likely need to find another product.

There are a number of alternatives available, and the best one will depend on what exactly you're trying to do and the industry you are in. Check out these popular options to get started:

To learn more about maps, check out our history of maps, intro to modern cartography, tips on mapmaking, list of online mapmakers, and some fun maps to get started with.