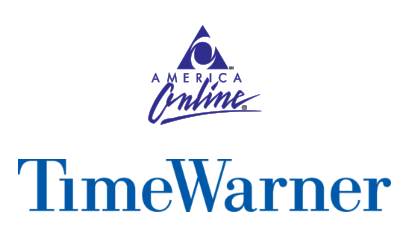 AOL and Time Warner announced a $164 billion merger in January of 2000, the second largest in history. A decade later, the two companies split, marking the end of a deal now commonly viewed as one of the worst corporate decisions ever. What went wrong? While there were several factors at play, many analyses view it as a failure to collaborate.

The construction industry should learn from this catastrophe. Even though these two companies shared merger documents, financials, and a public face, they still couldn’t couldn’t achieve success. Why? Because sharing is not collaborating. Their large scale collapse fueled by an abundance of sharing with little collaboration mirrors many of construction's systemic issues.

We’ve already discussed how construction’s poor image has led to its productivity crisis through an inability to recruit tech-savvy millennials. We still need to understand what construction loses by not attracting this generation, an innate desire to collaborate and knowledge of how to do so.

It may seem that if the largest corporate merger in America failed at collaboration, then individual GCs are doomed. But, that’s not the case. When we look at what went wrong with AOL-Time Warner, it will become clear that there are three straightforward steps for construction to follow to avoid a similar collaboration catastrophe.

I. What happens when you fail to collaborate?

II. What is collaboration?

IV. How does construction move forward

What Happens When You Fail to Collaborate?

Construction does plenty of sharing with technology, but they often fail to collaborate. What does this mean? Let’s return to AOL and Time Warner for a closer look at this dynamic and its consequences.

The merger was the brainchild of AOL’s chairman, Steve Case, and Time Warner’s chairman, Gerald Levin. AOL needed access to Time Warner’s cable network to compete with the growing presence of broadband internet, and Time Warner needed access to AOL’s digital media network to distribute its content. They both wanted something from one another, but they lacked a common goal. This lack of shared motivation is collaboration’s most fundamental roadblock.

Not only did they fail to share common motivations, but the culture of the two organizations clashed horribly. Richard Parsons, president of Time Warner remarked:

“It was beyond certainly my abilities to figure out how to blend the old media and the new media culture. They were like different species, and in fact, they were species that were inherently at war.”

This animosity meant that while the two organizations would share when they had to, they would never actively work together to fix the problems confronting them. The second major disruption to collaboration comes from people who don’t want to work together or don’t understand the value of one another’s contributions.

The dot com bubble burst shortly after this merger, and with that catastrophe came a flurry of issues. Refusing to come together for their now shared company, the two entities reluctantly trudged through their relationship until failure was inevitable. By the time the deal ended, the value of the two companies had dropped hundreds of billions of dollars.

Collaboration can’t be forced, even with hundreds of billions of dollars at stake.

Collaboration is a culture and a mindset. If you can’t overcome a few basic obstacles, then no amount of tech or money is going to solve your issues. To build that culture and mindset, construction needs to take three steps:

1. Get the right tools

Technology is essential to collaboration. Before you can start building a culture of collaboration, you need the software to enable it.

The right tools won’t help you if you don’t know how to use them. You need to hire people with a collaborative mindset to bring that knowledge to your company.

With the tools and know-how in place, a collaborative culture shift will follow. You need to be sure you’re open to it and encourage its development.

With these steps in mind, let’s look to further understand the nature of collaboration, why it’s so essential to success, and what the industry can do to embrace it.

Collaboration is working towards a common goal and not just working to accomplish your individual task. You bring in other people, ask for different perspectives, and check in on progress. But, collaboration goes beyond the individual, it’s a culture. Everyone has to be on board for it to work.

The tricky thing is people can think they are collaborating by sharing. Sharing is doing your work and handing it off, siloing your responsibilities. It doesn't involve an active exchange of information, ideas, and opinions.

Construction is great at completing individual tasks, and does perfectly well at sharing the results of this work with other parties. What construction needs to master is opening information for active discussion and input before that work is completed. The industry also needs to build a sense of camaraderie and mutual respect, not just in construction, but throughout AEC. This is where technology and knowing how to use it can turn things around.

There’s a reason construction struggles with collaboration: it has a fairly traditional chain of command that promotes sharing only when necessary. Before technology made instant communication possible, this strict chain of command helped keep everything above board and organized. It was slow, but it worked very well. Now, more complex builds require consistent, immediate communication and collaboration, but the industry still maintains its pre-technology methods.

Chain-of-command is critical in construction, but it also contributes to lengthy delays. Think of how often RFIs are passed up and down the chain until an answer is signed off on and makes it way back to the field. With collaboration platforms that let you instantly record, describe, and upload a problem for the entire team to see and respond, why are we still waiting on what is essentially a game of telephone?

Additionally, the divisions between subcontractors, owners, architects, project managers, etc. encourage people to work within silos, as if their job is somehow separate from the whole. People need to appreciate the value of each position and work across these divisions if collaboration is ever going to be successful. Construction needs to see a culture shift.

How Does Construction Move Forward?

If construction wants to avoid AOL-Time Warner's mistakes, the industry needs to embrace a few lessons from the company's failure:

Construction's history of strict lines of communication, siloed information, and strong labor divisions have left the industry in desperate need of collaboration. Construction needs to evolve beyond these issues, and push collaboration over outdated communication models and old ways of thinking.

It's not an easy task to initiate a change like this. That's why shifting construction's image to attract the younger generation is necessary. At the same time, the industry needs to learn how to use technology to embrace open information sharing, making everything readily available to everyone in one simple system. Remember:

1. Get the right tools

If you'd like to learn more, check out our blog series on the future of construction:

Simple, digital tools for construction and beyond

Get started on your journey with the right tools. Streamline collaboration and data sharing with Unearth's dynamic field operations software.

See how Unearth can transform communication in your project with the Capital Construction solution.

Skip the hours spent searching for files and squinting at spreadsheets, and discover a more intuitive way to organize your data and document your project.

Use satellite imagery as a base layer before pinning a plan to its real-world location, geo-locating thousands of photos, and viewing the status of field work - inspections or permitting, for instance - in real-time. For a context-rich record, geo-reference your 360 photos, BIM models, and drone imagery.